When using social media for your business, it can be hard to know how to word your posts. At the end of the day, you want people to see you as competent, professional and gain their respect but also, there is a fine line between that and alienating them. There is nothing worse than reading social media posts where people come across as arrogant, up themselves or too posh for the likes of you. It‘s an instant turn off and sometimes, we don‘t even realise as the ‘postee‘ that it‘s happening!

There is no right or wrong way as such to word your posts, however everyone seems to have moved forward in the last 5 years. Before it used to be about the suit and tie, accent you had and how many big words you could fit into a sentence. Now people respond much better to a relaxed, normal, ‘English‘ speaking human. I think people have realised that although they want the business they deal with to remain professional, behind each business is also a person who like the rest of us, puts their pj‘s on at night and wakes up with chronic bed hair.

So what‘s the trick? My tip is to just be yourself. You will know whether you are in a scenario where you have to keep your head up, shoulders back and talk properly throwing in some of those new big words you‘ve heard. In those cases, do what you have to do, but never ever compromise yourself and who you are. If you are the type of person who likes to walk into a crowd of people and just talk to everyone you don‘t know, perhaps you like to say hi instead of hello, then do it. Never stop being who you really are. Changes in the ways that people behave only happen after the first person takes the leap and why shouldn‘t it be you to do that?

I‘ve been in many situations where I have introduced myself professionally and behaved in an extremely professional manner, then said something random about life or working with kids thinking that at this point, i‘ve just about done a full 180 on what I was meant to be doing……….to my surprise then finding the conversation flows more freely – it turns out a lot of people also feel like they are having to keep up an act and are quite chuffed when you give it up first!

I realised a little while ago that a lot of people have bought into the Forest Traders brand for the same reason (or so they tell me!) the reason for their purchase being, me. They like the way I work for the business. With that confidence behind me, I have started using my posts to include ‘me‘ – that being humour, normality, reality but keeping it professional, relevant and of course, not rude as I don‘t want to offend anyone. Since I‘ve done that, my social media engagement has risen and people seem to be enjoying the posts I put out which given the nature of “social media”, that‘s spot on.

Have a think about why your customers buy into your business…….is it because of you? Are your social media posts coming out as ‘you‘? Does your personality shine through? If not, start to add your personal glimmer and outshine your competitors! 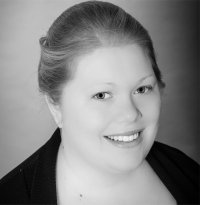